There Are No More Pumpkin Rolls 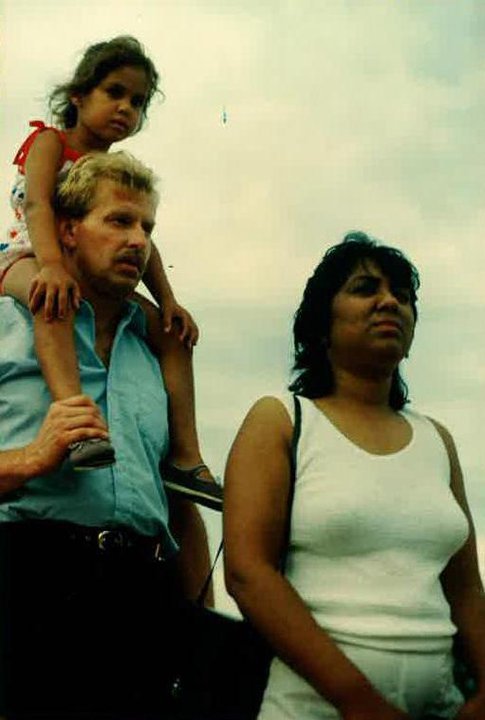 Good morning. I’m starting off my day in kind of a funk. This is something that has come and gone ever since Dad passed in July. It has been 53 days (not that I’m counting) :/

Some days I wake up and I feel SO BLESSED to be here and enjoying life, and other days I almost feel like I don’t deserve it. Dad dying is the first thought that enters my mind when I wake up in the morning, even before I open my eyes sometimes. Before I think “What do I have going on today?” or “What am I wearing today?”…and that sucks. Today the very first thought I had, before I even got out of bed was, “Ooh it’s Fall, I want one of dad’s pumpkin rolls.”  And then I realized – his yearly tradition of pumpkin rolls is a no go – for the rest of my life. I could try to make them, but it just wouldn’t be the same. Plus I suck at baking stuff.

Dad used to make about 20-30 pumpkin rolls every fall. It started when I was in High School, I think I was a sophomore. He took a recipe from one of my classmate’s mothers at a tailgating party one homecoming, and doctored it up just a tad to make it his own. He would make a couple for Thanksgiving, some for Christmas, and some just because. Then it got to where he was making them and taking them into work – and finally, by last fall, people would be ‘requesting’ them from him. He would take orders. I remember him calling me last fall and saying “Hey Kid, how many pumpkin rolls are you going need this year? I need to know, I’m going to the store.” Later that week, I asked him how many rolls he was making that year and he said “I am going to start with 15 or so, for now. You know this is just round one. I just spent $80 bucks on cream cheese.” LOL. He would act annoyed by this fact, but I knew deep down he wanted to feel that his pumpkin rolls were in high demand from others.

For me, someone who is almost always in a good mood (lest someone crabby come along and wreck it!), and has always been the eternal optimist – this is hard. It’s not the way I want to be. Giving myself these little pep talks every morning is getting old! When does it end? I know that it’s part of life – people we love will leave us – we can’t outlive them all, and things like this happen to everyone in life. I KNOW I deserve to be here and enjoying my life to the fullest and that is what Dad would want, so I am doing it. After a few minutes of consciousness, I usually snap out of it and go along with my day…but it’s the quiet moments, the alone time, or the Kenny Chesney songs on the radio that really get to me.  Yes, I know, try to focus on the good times and all that crap. So I do try. And I can laugh. I’m able to smile at good memories but they are always followed by tears. I can put on a strong face in front of others…Really Petey is the only one invited to my pity parties. He doesn’t judge.

I’ve always been a daddy’s girl. It makes me so sad to think that my kids (albeit hypothetical at the moment) will never get to meet him. They are robbed of the chance to have him as a Grandpa, and he would have been great.  The typical kind of Grandpa who tells stories about how hard he had it when he was a boy…uphill to school both ways yada yada. I’m sure he’d tell all his tales of being in the Army, Vietnam, and Wal-Mart. I’ve been to funerals and lost people in my life but to be honest, none of them were ‘close’.  Even the death of my dad’s parents can’t count because I grew up never knowing them very well. I knew them, and cried when they died, but them being gone wasn’t a huge impact on my life b/c they always lived elsewhere in the country and we really only saw each other once a year. Dad, lived across town and we talked multiple times a week.

Has anyone else lost someone close?  Tell me what you find helps…and tell me it gets easier.