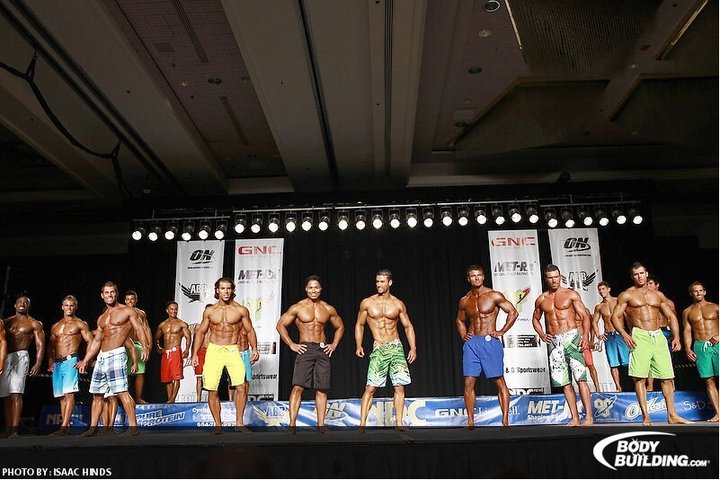 Competing, like life has it’s up and downs and can be an emotional roller coaster. The journey usual begins with excitement and some uncertainty. As you compete at your first show a lot of emotions come out and a lot of questions are answered. You usually decide if competing is for you. You decide when your next show might be. You decide what type of competitor you want to be. The journey takes many different directions and is different for every single competitor. For me the journey started with competing as a bodybuilder at an amateur local level. I loved competing, but knew I had no interest in being a pro bodybuilder or even trying to be a national level competitor. I realized that to be a pro or even a national level bodybuilder I would have to take my physique to a level I had no interest in taking it to. I just liked the feeling of sculpting my body and pushing myself to create the leanest and most aesthetic body possible. I had come to a point after 10 years where the uncertainty had come back and the excitement had dwindled. Then just as I was thinking of retiring from bodybuilding, Men’s Physique was born.

So as 2011 starts and info of this new division started to become known my excitement for competing returned, but also my uncertainties. Would I be a good fit for the new division, how would my training and diet change, and all the other unknowns. It was like I was starting all over again. Like my first show ever I hit the diet and training 100% with an excitement reborn. I stepped on stage at my first 2 shows with overall victories, but unlike in bodybuilding there were still a lot of unknowns. I was being told I was too big for this new division. I was 5’9” 180lbs and being told I was too big!! I mean in bodybuilding I am laughed at if I wanted to compete at the national level at that size. All around me it seemed I may not fit in this division either. Would I have to stop working out completely and build a runners body to compete!!! All of a sudden I thought about how ridiculous a division like that would be to watch or compete in. I thought about quitting and giving up competing so that I could continue to sculpt the physique that I wanted, that most guys wanted and dreamed of building. Luckily I had been paying attention to competitions outside of Michigan and I went with my gut feeling. I committed to Junior USA’s. I went down to Junior USA’s with the determination to take home a trophy. As I stepped off stage after prejudging I knew I had missed the top 5 and felt a little discouraged. I went back to the room to view all the photos online to see where I went wrong. As I viewed the photos I became excited again to see how good all the competition was ahead of me and I ended up placing 9th out of 21. I felt very good about where I had placed in such a highly competitive class. I decided that day to commit to Junior Nationals. I knew the show would be tougher, but I also knew if I made a few changes I could maybe break the top 5 and even win. As I stepped on stage at Junior Nationals with 26 other awesome competitors I knew I was in for the toughest show of my life. I waited to see who would be in the first callout. I’m the 2nd name called in the first callout of 7. They move us around and take the top 4 off stage to bring on 4 more competitors. They move us around some more and then motion me off stage. As I leave prejudging a flood of emotions run through me. I know at best I could have 5th which would provide me the top 5 finish I was hoping for. I also knew I could be 11th which would be no improvement. I come back to the night show with excitement and enthusiasm. I wait to hear my name called as one of the top 5, but it doesn’t happen. I finished with 7th place. As the weeks pass waiting to hear what the judges want me to change I am disappointed and the uncertainty starts to come over me. Where do I go from here? Do I continue or is this division not right for me? What are my long term goals and how long can my body take dieting. As I get advice from the judges: grow my hair out and do highlights, work on making waist smaller, work on a better V taper, work on my color, I start to second guess myself and my abilities to be a champion in this division. Most the advice I get I feel is contradictory to what needs to be done. I start to get down on myself and thoughts of stopping the journey and calling it quits emerge. Luckily I talked with my fellow Men’s Physique brother Bobby Ashurst and he knocked some sense into me. He helped me regain some of my confidence and remove some of the self doubt that comes with the emotional rollercoaster of competing. He reignited the fire and the drive to continue. No matter who you are there will be the up and downs of competing. Going through the emotional rollercoaster is part of being a champion. This is my emotional rollercoaster on my journey to being a champion. To be continued…..